RIX Research & Media welcomed attendees from across the country to the first RIX Community Event of 2016. 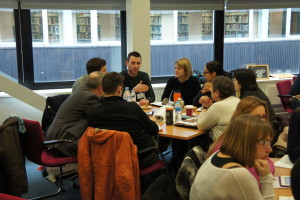 Around 40 people gathered at RIX’s base at the University of East London to meet, talk, share experiences and hear about new ideas.
We had managers from local authorities, schools, colleges, hospital schools, as well as parents and care professionals.
There was a great turnout and everyone came full of enthusiasm, willing to learn and wanting to share. The agenda for the day allowed plenty of opportunity for discussion, with a combination of presentations, workshops and feedback sessions.
People were at different stages in using RIX Wikis and rolling them out across their services or organisations, so the day focused on case studies of best practice, particularly in implementing wikis in schools and local authorities, and the importance of engaging parents. 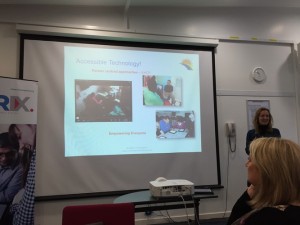 Charlton Park Academy has adopted the multimedia advocacy approach throughout the school and all 240 pupils have RIX Wikis. Kathryn Stowell, Head of Outreach and AAC, talked about her experience of helping students and staff – and parents – to understand how to use wikis to communicate and share information.

Ofsted has now highlighted the use of RIX Wikis at Charlton Park Academy in two reports, stating that: ‘Wikis are person centred and empowering, as students can share information, express themselves and celebrate their progress and achievements in a safe way.’

James Mannion, Business Systems Project Manager from Achieving for Children (AfC) explained how they have started to roll out wikis within the London boroughs of Richmond and Kingston.
AfC has partnered with RIX to provide children and young people with learning disabilities with wikis, to help them take control of their lives and make sure their views, needs and aspirations are clearly heard. He believes the wikis will be invaluable in implementing the new Education, Health and Care plans.

Sam Goncalves is a parent of a child with special educational needs and disabilities and she has been using a RIX Wiki for some years now.
She believes that gaining parents’ involvement in co-creating a RIX Wiki can only be achieved if they understand the benefits that it will bring and the difference it will make. In Sam’s view, a RIX Wiki can really strengthen family relationships. It provides a memory bank and helps celebrate achievements and progress. It is not additional work but is simply working in a different way.
Sam also presented a series of case studies from a group of parents, who have children aged between 4 and 19 with varying disabilities and complex needs, all of whom either had an EHCP or were in the process of an EHCP.

There was a choice of three workshops which ran immediately after lunch. Attendees could focus on a particular aspect of using RIX Wikis that was of interest to them and take part in a more detailed question and answer session. 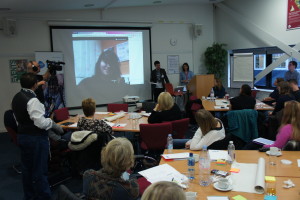 RIX was delighted to award a record number of Wiki Champion Certificates to those people who have been outstanding in their dedication, passion and implementation of RIX Wikis.

Jack Binch, A Place To Call Our Own, Mansfield 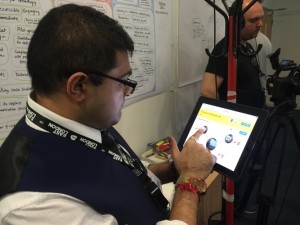 We are always keen to hear your views and opinions. Many attendees completed Feedback Forms about the event which has been very helpful – thank you to those who did so.
Most people felt the event had been very useful, with 83% scoring it 8 out of 10 or higher. Specific comments about what people got out of the day were:

It should be noted that lunch was also very popular!

RIX Wiki Master, Ajay Choksi, created a wiki of the RIX Community event on the day. This has now been updated with notes on the sessions, all the presentations and the video case studies, as well as contact details.
It can be found at https://www.rixwiki.org/gbr/home/community-event/.

Any cookies that may not be particularly necessary for the website to function and is used specifically to collect user personal data via analytics, ads, other embedded contents are termed as non-necessary cookies. It is mandatory to procure user consent prior to running these cookies on your website.